The Damage To Expect After A House Fire

A house fire can be a devastating thing to happen to any homeowner, due to all the damage that fire and smoke can cause in a home. Even if the fire is not big, the damage caused can be far-reaching and ruin things that you didn't think were possible. Here are some examples of how your home can be damaged by a fire.

Firefighters are going to need to put out that fire as best as they can, with extinguishing the fire being their number one concern. All of that water used to extinguish the fire is going to create a significant amount of water damage. Walls and flooring are going to be soggy, appliances are going to be wet, and items not touched by the flames could be ruined as a result.

The fire will leave behind a layer of soot on almost everything in your home that was exposed. This will cause things to be damaged that were exposed to the air and allowed the soot to collect on the surface. For example, anything made out of plastic is going to be discolored permanently by the soot that collected on the surface and penetrated into the plastic. Electronic devices are going to have soot go inside the item and allow the corrosive material to ruin the metal components.

If you experienced a house fire, you'll need to work with a fire damage restoration company to help restore your home to how it was before the fire occurred. 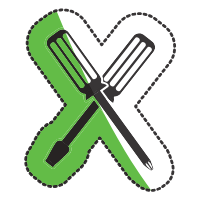 When your home has several areas that have sustained damage, it can be tricky to know exactly how to proceed. For instance, you might wonder what you need to do in order to move forward, or you might be concerned about the safety of your home. However, one thing is certain: making the right changes to your home is essential if you want to update your property and improve its value. On this website, check out great information that could help you to make sense of different repairs your home will need, and what to do about any issues that could come your way.

4 Ways to Get the Most Usage From Your Commercial Roof
10 May 2021
Running a commercial building is expensive, which is why it is essential to know how to extend the usage of different parts of your building. However, …

Things Property Owners Can Let Commercial Water Heater Repair Experts Fix
21 April 2021
Regardless of which brand or model of water heater is in your commercial building, it will have problems. These units don't last forever, and some par …

3 Steps Professionals Use To Restore Your Home From Water Damage Problems
7 April 2021
Water damage is a devastating problem that every business person and homeowner wants to avoid. Unfortunately, the problem is sometimes inevitable. Sto …